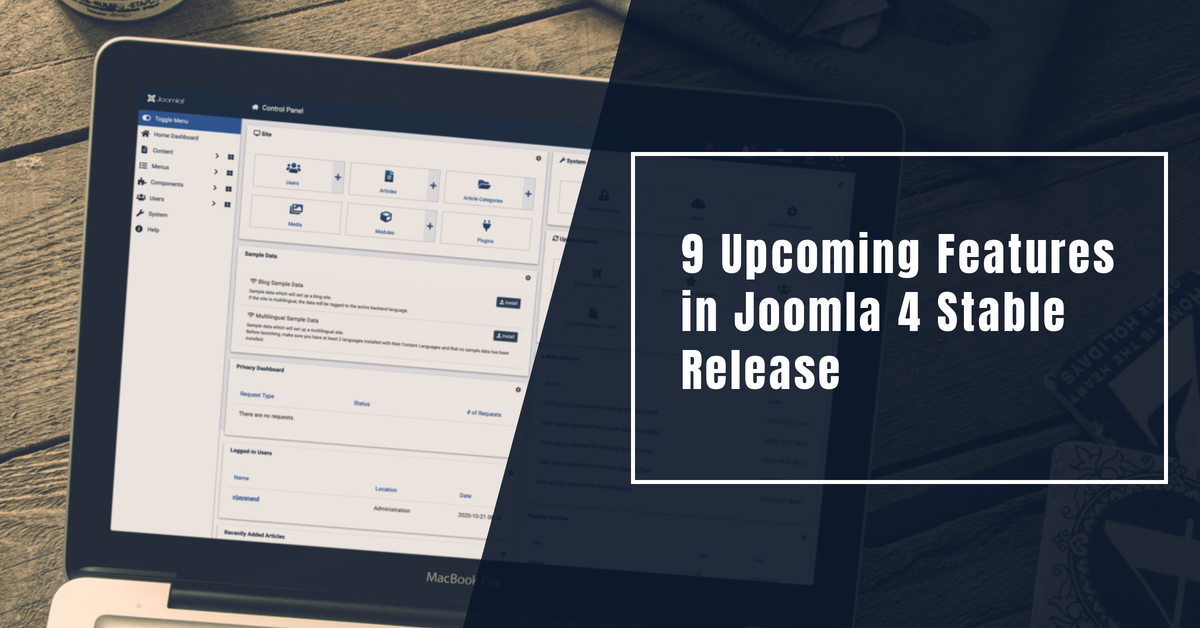 Sriram Viswanaathan Joomla 4 21 October, 20 Be the first to comment!

There are lot of anticipation in the entire Web industry about the features to be included in the Joomla 4, a major version upgrade. Joomla! As a major CMS periodically undergo such big transformations to meet the user needs and set an example to all other players in the market.

The mission of Joomla 4 development project is to redefine the total system to enhance user experience, Performance of applications, Easy to customize and to be a better solution in all aspects. Recently the Beta version of Joomla 4 released in the official Joomla! Page. We analysed the beta version to give you an overview of features that are included in the stable Joomla 4.

SEO is one of the crucial factor in determining the success of a website. In Joomla 4, Meta Data fields, heading structure, Schema Mark-up integration are improved for better performance of websites in the search results. Content is playing a major role nowadays and to tackle this, a Special content drafting feature is to be included in the further versions. 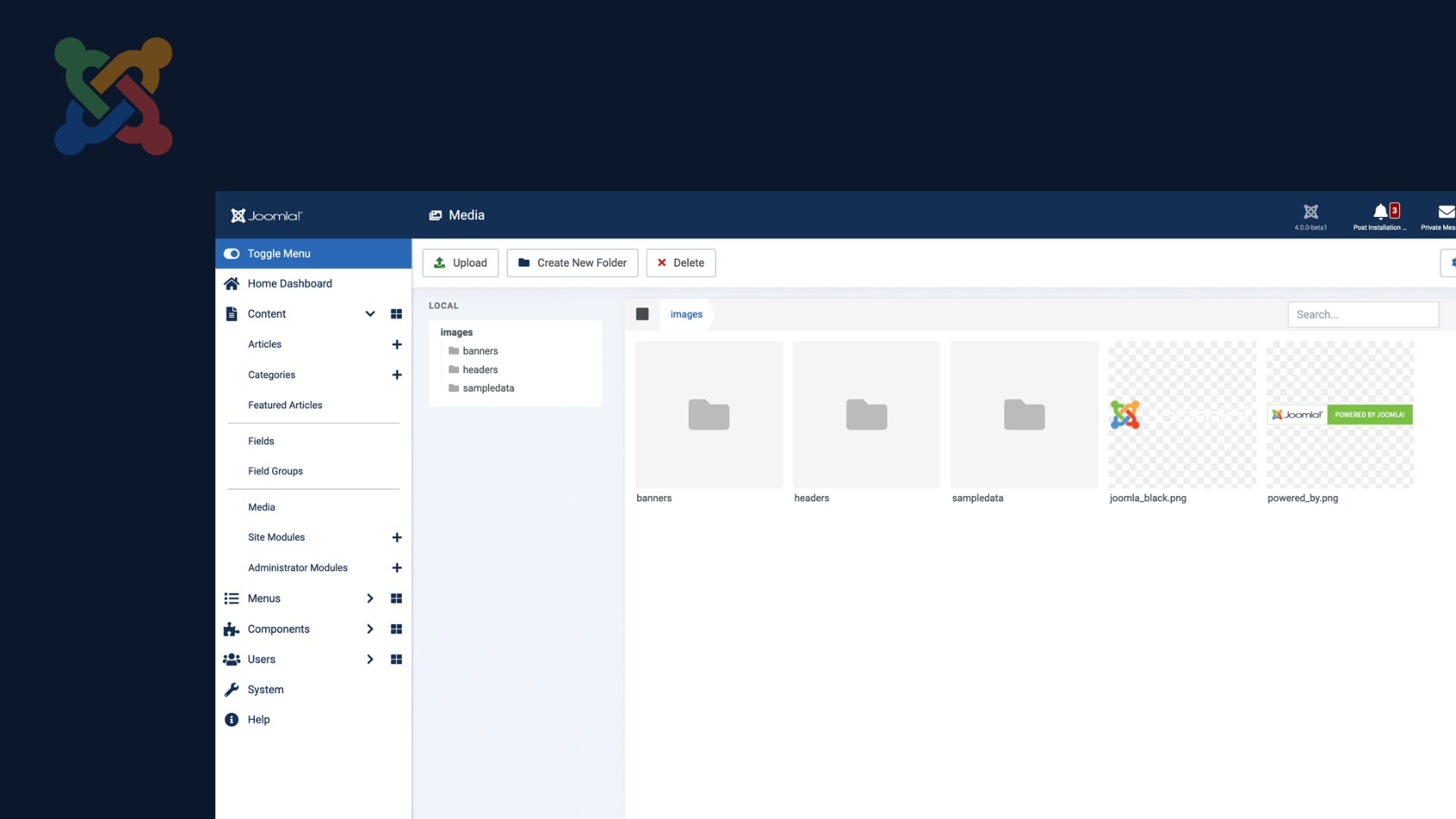 Media section of a site holds a major share in the space consumption. In the media manager of Joomla 4, users can manage their media files easily using folder structures. In addition, users can configure these folders to be accessed to certain user groups. A well-managed media will increase productivity.

The time taken to load a page also dictates your website’s conversion. The elapsed time of loading will increase bounce rate to your website and affects its performance in SEO. To solve this problem, code quality is improved and multiple new technologies are included such as Dependency injection containers, updated plugin system and many more. 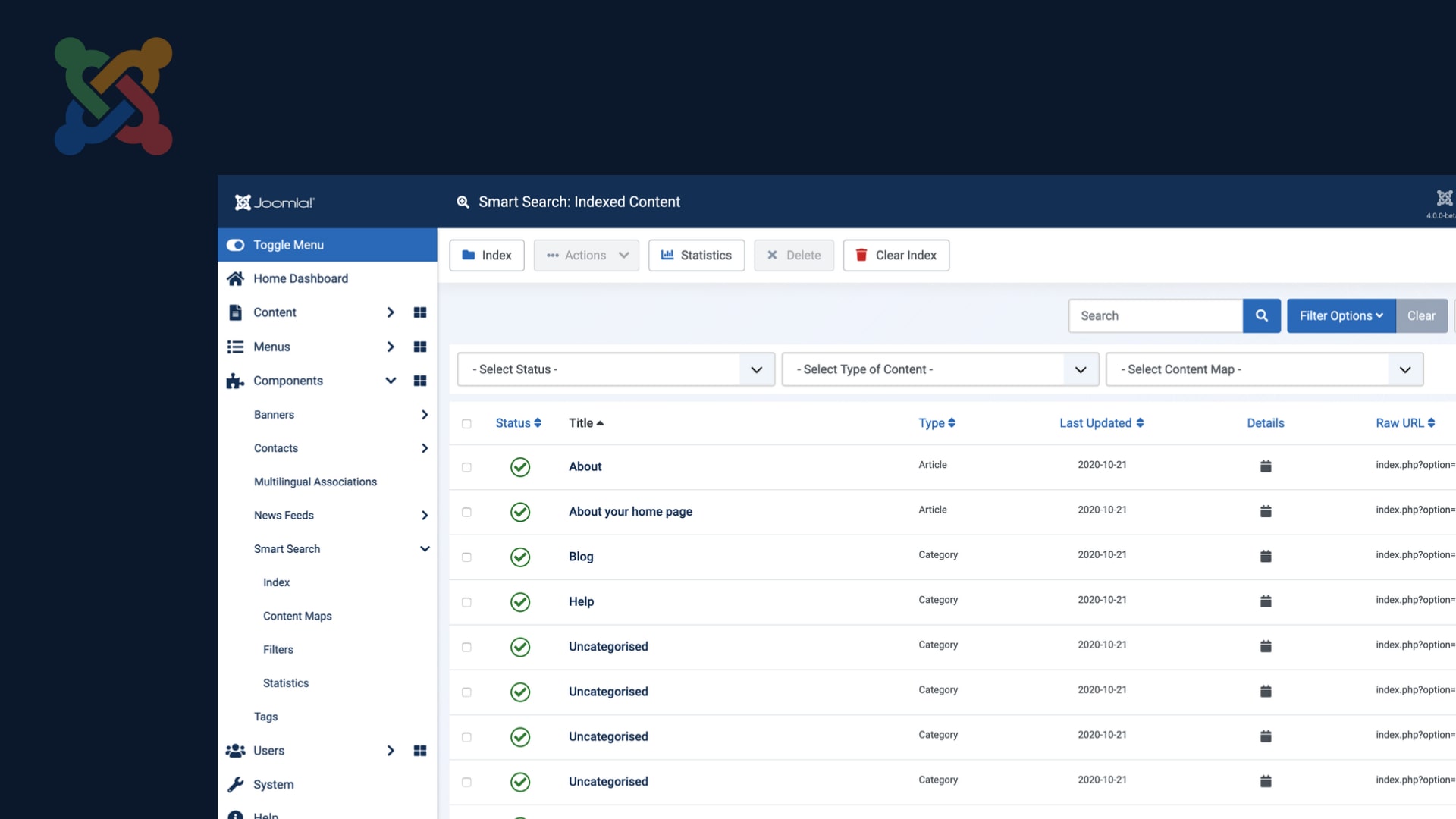 The installation of Joomla 4 beta version is very simple containing simple steps and require minimum clicks. It would take a maximum of 15 minutes to complete the entire installation process. A sample data package is included in the package to give users a head start to the users.

To benefit developers, the components use a simple and optimized java scripts and HTML mark-up language to increase performance and flexibility.

A completely new template is included in both front-end and back-end of Joomla! Application. The new template added to the front-end is called Cassiopeia. 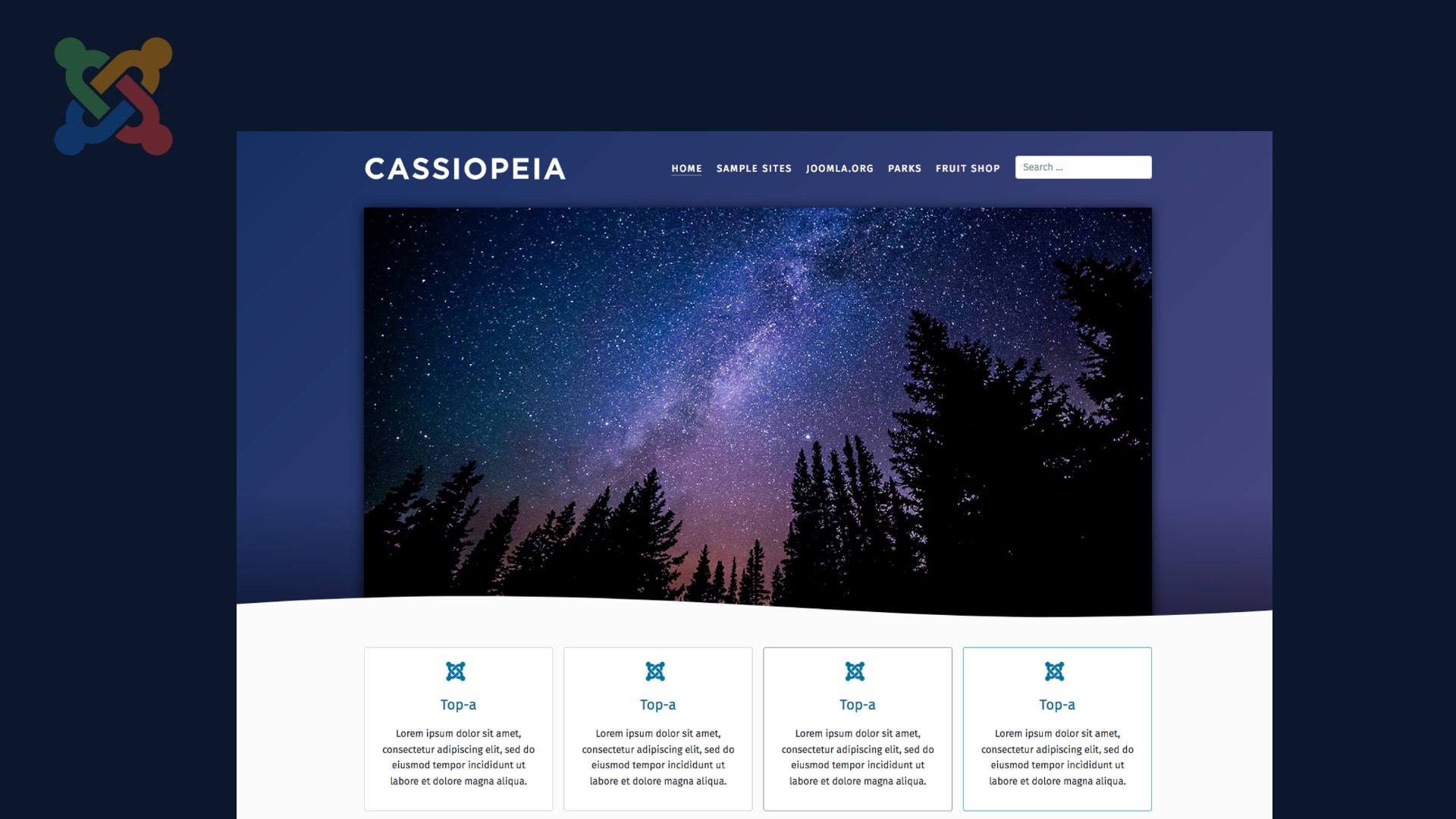 The new template added to the back-end is called Atum 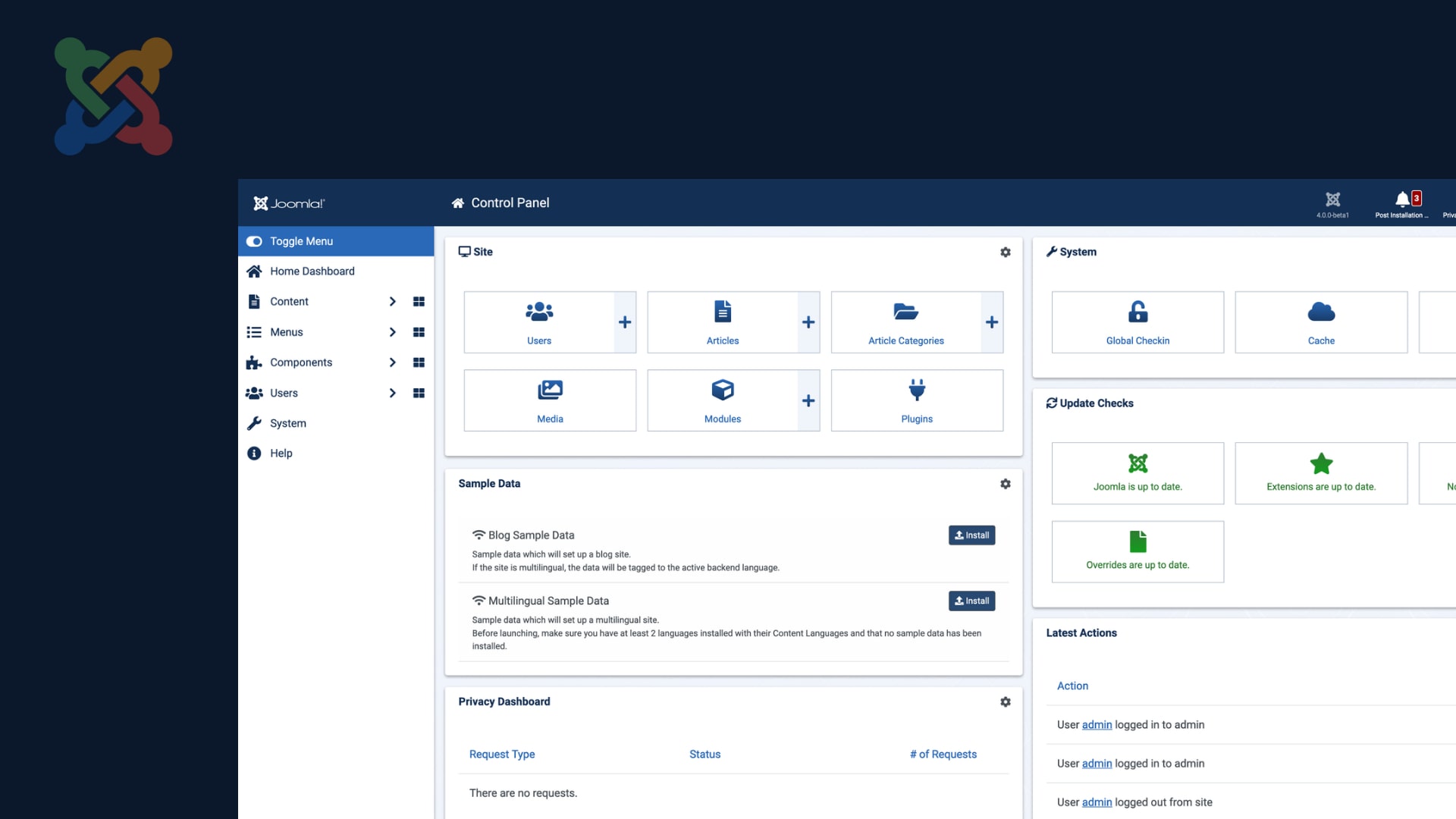 Both the templates are customizable to the user needs and are included in the installation package itself.

All the menu options in the backend are classified into broader categories to give a pleasant view to the users. The navigation in Joomla 4 backend is simple and clean. The backend is now more responsive and works faster in mobile devices than before. 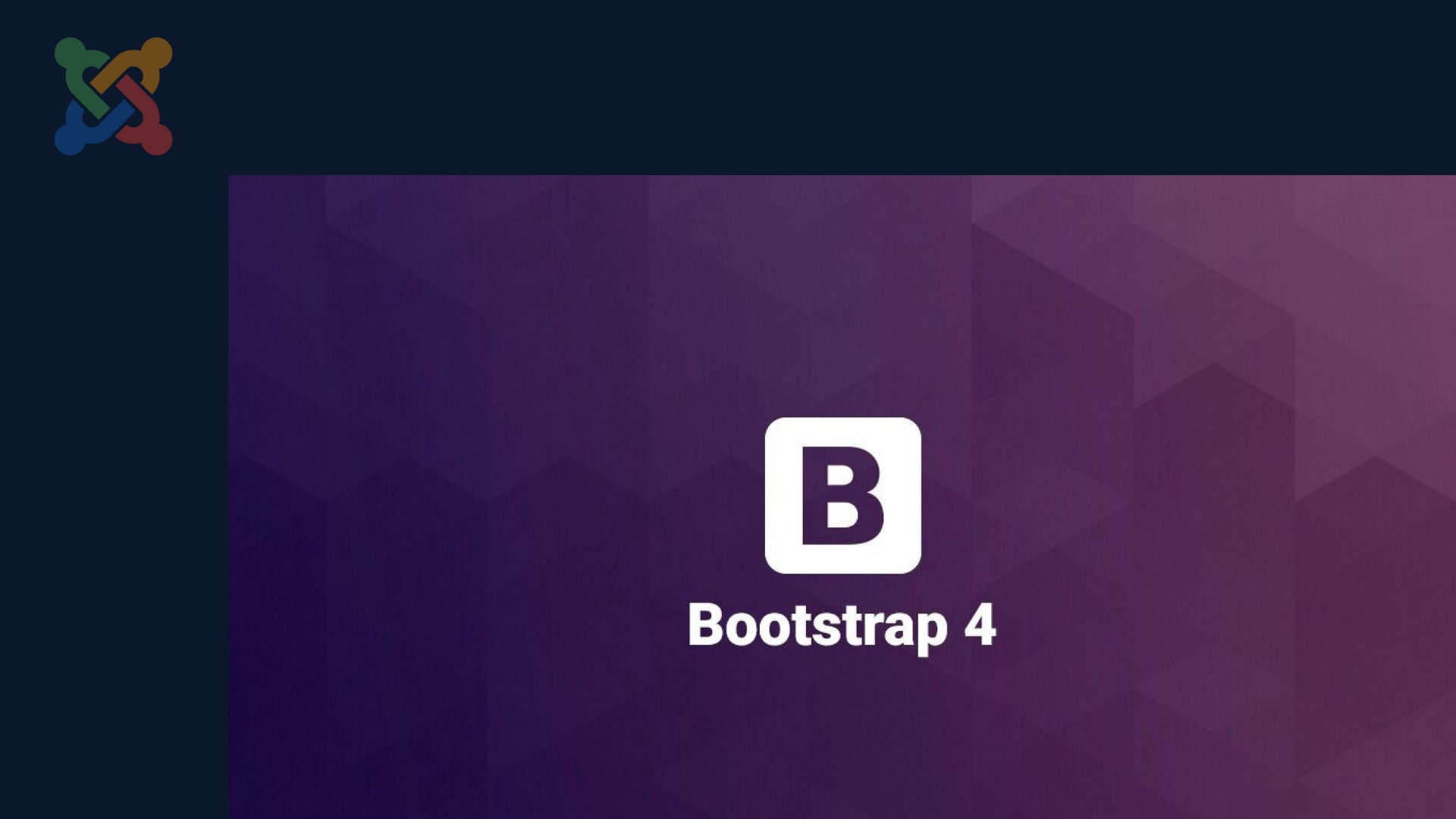 Bootstrap is the world’s leading framework for creating mobile-first, responsive sites with the help of template starter package and Bootstrap CDN. Joomla development team promised to made Joomla 4 and its upcoming versions to be compatible with the latest versions of Bootstrap to stay relevant.

The beta version of Joomla 4 is available for download. The documentation for Joomla 4 is also available to help you with your queries. Joomla! Is an open-source CMS, it is possible for you to contribute to the development of Joomla 4. A special thank to all the volunteers contributing their best to the enhancement of the Joomla! Community.

To answer the most frequently asked question, “You cannot upgrade your production site to Joomla 4 Beta version, but you can upgrade your test sites to get used to the features of Joomla 4” 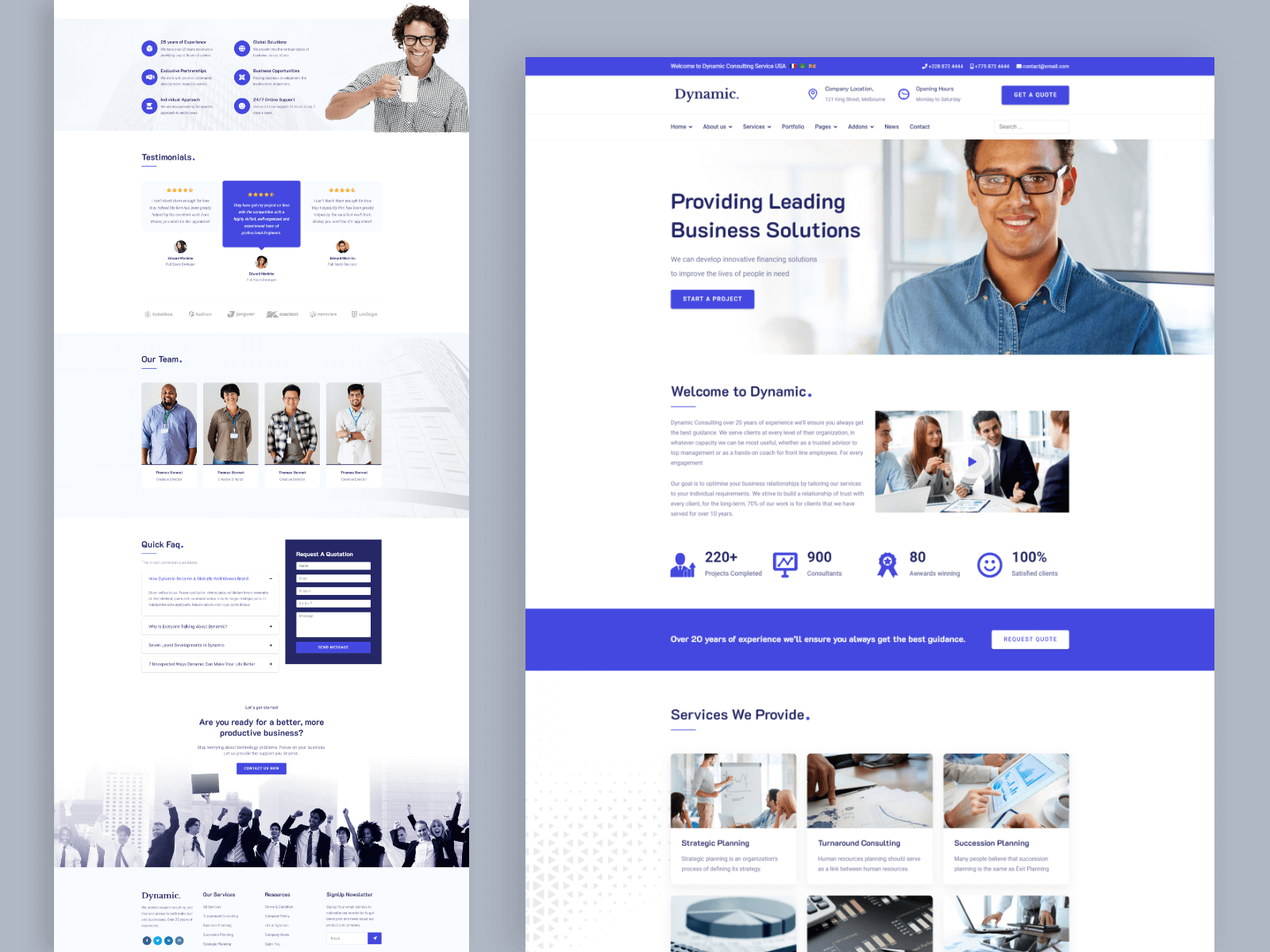